Architecture– One of the world`s most impressive architecture accomplishments are placed in Italy. This historical capital of the world has been ahead of its time for hundreds of years which resulted in mesmerizing heritage and beautiful artwork.

Berlusconi – One of the richest and the most powerful people in the world. This Italian politician divided the nation. Someone celebrates his successful move which made the rich richer. While others hate him for having controversial parties with younger women and forgetting about human rights.

Colosseum – The biggest amphitheater ever built. If the list of 7 wonders gets extended, Colosseum is the first to be added.

Earthquakes – Earthquakes are quite common in Italy. The first earthquake I felt was not so long ago in Rome. It was 01:00 am and I was watching a movie. The tremor was followed by a terrible sound of windows and doors shaking. I got scared. The procedure states that you have to wake up everyone and prepare for a quick run out of the house in case of the second round which might result in house collapsing. So we waited. Luckily, nothing worse happened.

Food – Italian cuisine is world-wide known. Although pizza and pasta are the most famous, I was impressed when I saw what actually is the part of their tradition. The choice of typical food is huge! To make it easier to understand the variety of traditional dishes, I will give you an example. You can eat 3 meals every day for one whole year without eating the same thing twice.

Gesticulation – everything Italians say with words, say with their hands as well. Body language is so advanced and perfected that you can conduct a whole conversation without saying a word. That is why Italian gesticulation deserves its own dictionary.

Humidity and high temperature – Summers in Rome are hard. As the country is surrounded by the sea, Mediterranean climate covers a lot of land. Especially the coast and Rome is a coastal city. Constant humidity makes winters colder and summers warmer than they actually are. Temperatures that usually go over 40 in the warmest weeks of the year make it impossible to survive without AC in the house.

Immigration – Immigration rate in Italy is high. Around 10% of the inhabitants are immigrants. However, immigration politics is not good. Every immigrant that enters the country has to stay in until the court decides about asylum. The process takes up to 6 months. Even if the person wants to leave, they cannot as they become prisoners of the state`s bureaucracy.

Jellyfish – The first and the only time I got burned by a jellyfish was on Italian coast of Adriatic sea. Be careful.

Last name – Women do not take their husband`s last names when they get married. It was the practice until 50 years ago. Women keep their fathers’ last name and kids get only the fathers, not both.

Mafia – Remember all the movies? Well, the idea had to come from somewhere.

Noblefamily – Savoia was the family that ruled the Kingdom of Italy until 1946. All the significant events that required support from the kingdom, had a bad outcome which made king Vittorio Emanuele abdicate the position of the king in favor of his son Umberto II. Umberto later gave his power to Italian prime minister and that was the end of the royal ruling. The family went to exile and male descendants were forbidden to enter Italy until 2002.

Overbuilding – The city of Rome is built over a city over a city over a city… It took 20 years to build underground which was supposed to be done in 5. Why? Where ever you dig in Rome, you will dig out remainings of something. The deeper you go, the older things can be found. While they were digging to build, the workers were continuously coming across antiques, walls, items… 20 years later it resulted in metro line and metro station which is part museum with an explanation about what were they finding and at what depth.

Pasta – or pizza. What do you prefer? The most famous food in Italy. The legend says that Italians eat pasta every day. It is not completely true, but also not far from the truth. For the rest of the world, it is unimaginable to eat it so often. However, if you knew how many recipes for pasta exist here, you would understand.

Quantity of garbage – Quantity of garbage is out of control! When I came to Rome the first time, in February 2017, I thought that the garbage management is not good because there were piles of garbage around every garbage container or bin. Now, almost 2 years later, it just became worse.

Radio – Although there is a lot of controversy about radio discovery, Guglielmo Marconi is held responsible. His invention was based on Nikola Tesla`s ideas but the creation of the radio was finalized by Marconi, the Italian inventor.

Sofia Loren – She is famous for being a beauty queen, actress and singer. Even at age 84, she is beautiful!

Traffic – Traffic in Italy is terrible. Simply said. After this few months in Rome, I can say that Italians are bad drivers because the roads here are terrible. Most of the roads are full of holes, without lines on the ground or signalization. Therefore, everybody just drives all around the place. Huge roads without lines to follow make slalom down the road doable. It is acceptable because you have to avoid the holes. If you stay straight, you will hit the hole and break the tire. Choose what is less bad.

Vatican – Independent city-state in the middle of Rome founded in 1929. It has around 1000 citizens with only 32 women. 100% population is Catholic. Being ruled by Pope, it is the only state ruled by a monarchy. The Vatican has a football team. Vatican library is the biggest in the world containing 1.1 million books. There was once a female pope disguised as men. Her secret was discovered when she gave birth. She was later killed.

Water system – Did you know that the Roman water system was built 2000 years ago and some parts of it still work? Mindblowing.

Yards of wine – Italy is the world`s largest producer of wine. Across the whole country, there is more than 1 million vineyard under cultivation.

Zoccola – „Zoccola“ is the word Romans use for rats that live in the river Tibur. Rats are the size of an average dog! Also, zoccola is an insulting word for an escort. 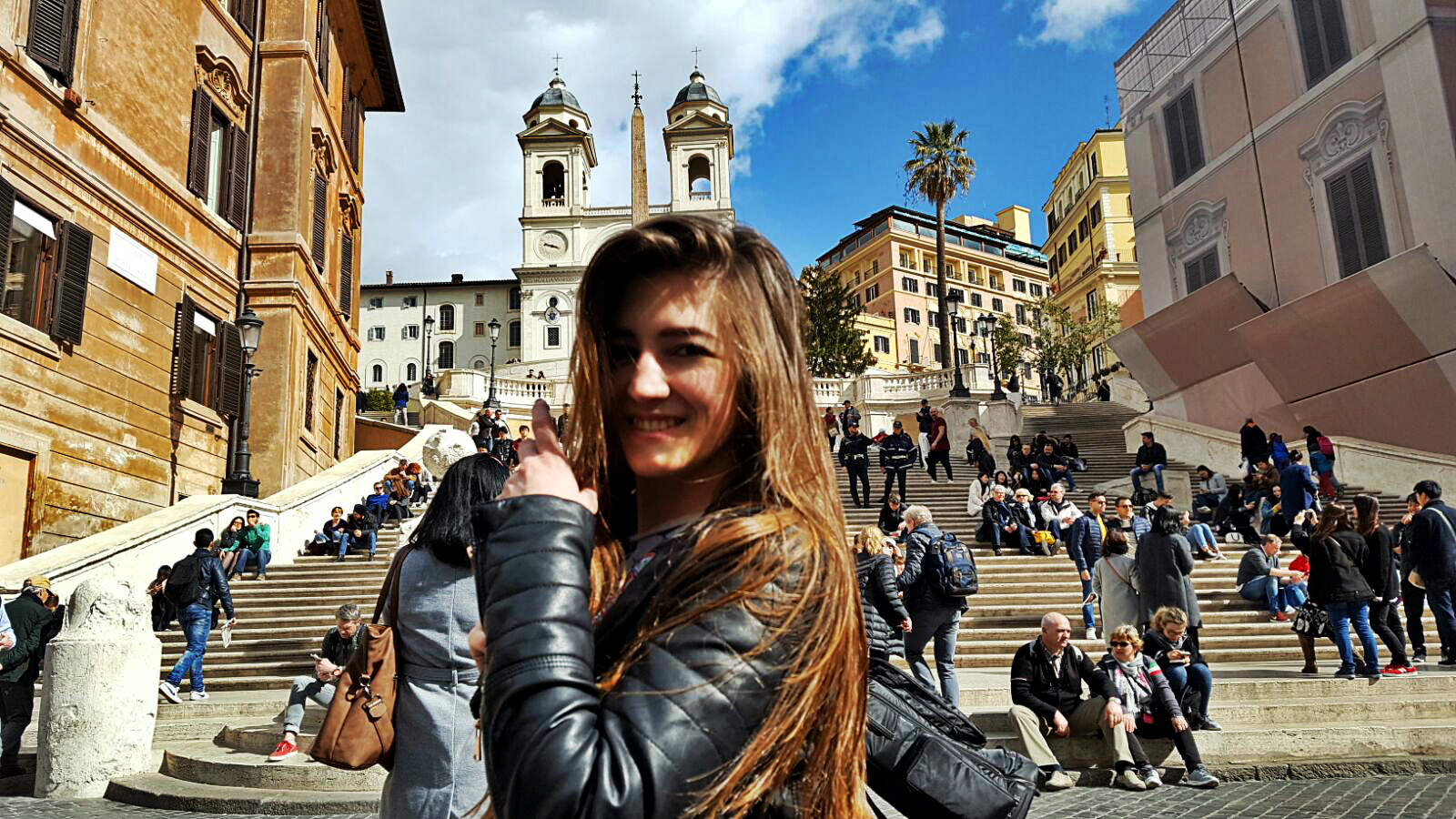 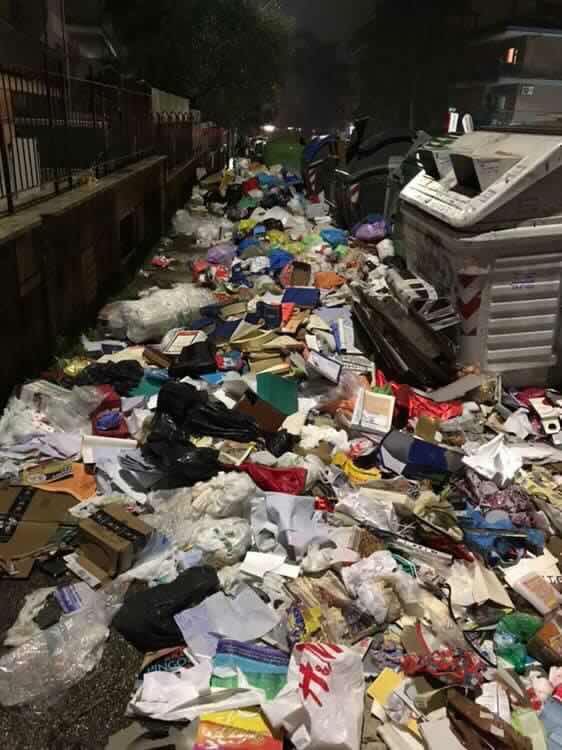